S.Arch is a dynamic design and construction firm, built on shared dedication to collaboration, innovation in design, and extreme focus on streamlined management.

We have been directly involved in challenging and complex commissions in Puerto Rico and the US Virgin Islands, including a variety of work in fields like hospitality, healthcare, institutional, residential, and commercial design.  Our expertise, combined with our team of top-notch consultants and sub-contractors ranges from the design and management of very small projects to large-scale multi-use building design, and construction of commercial and residential work.

Collaboration
is at our core.

The process of design and construction is never linear or sequential.  In fact, we strive and nourish collaboration in all aspects of the process.  Involving clients, designers, builders, and users in the whole process inevitably creates better buildings which, not only meet the owner’s objectives but also surpasses them.

The ability to solve a problem while considering the goals of a project is critical.  Embracing project realities and constraints, budget, and schedules, cultivating a rigorous design mindset, and maintaining high aspirations, is what enables creativity in our firm. 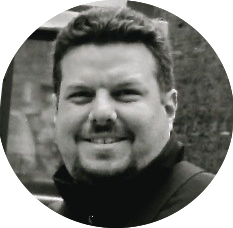 “George S. Stewart-Díaz is the founder and president of S.Arch, a leading design and construction company based in San Juan, Puerto Rico. A licensed architect, designer and musician, he studied architecture at Syracuse University, New York and in Florence, Italy. During his first professional years, he worked on some of the most prominent architectural firms in the island. From 2004 until 2012 he worked as a founding partner in Fuster + Partners – Architects. During his years there, he was in charge of operations and project management of most projects. Some of them are: ‘Natatorio’ for the Central-American and Caribbean Games of 2010 in Mayagüez, Plaza Internacional in San Juan, El Blok Hotel in Vieques, among others. In recent years, he worked as a professor for thesis students at the School of Architecture at the Polytechnic University of Puerto Rico.